It has been reported this morning that:

"Dozens of flights to and from Heathrow have been cancelled ahead of the Arctic weather expected in the UK on Thursday.
The air-traffic service, NATS, is expected to restrict flight arrivals from 3pm in order to allow ground teams to remove snow from the taxiways and runways at Europe's busiest airport.
Aircraft will also need to be de-iced, which can also delay departures.
The airport told intending passengers: “Wintry weather is forecast at Heathrow and across the UK and airlines will be adjusting their schedule as a result.
“If you are travelling, check the status of your flight with your airline and please allow extra time for your journey to the airport. We apologise for any disruption to your journey.”
British Airways alone has already cancelled more than 50 departures and arrivals, including multiple flights to Edinburgh, Frankfurt, Geneva, Madrid, Milan and Rome.
The airline told intending passengers: “As a result of the forecast poor weather we have agreed with Heathrow Airport, National Air Traffic Services (NATS) and other airlines to reduce the afternoon and early evening flight schedules at the airport on Thursday 12 January.
“We are sorry for the difficulties which are likely to be caused by the poor weather and will do all we can to minimise the effect it has on our operations.”
Passengers booked on BA short-haul flights due to depart from 3pm onwards on Thursday are being invited to re-book for an alternative flight either earlier in the day or on Friday, Saturday or Sunday.
Virgin Atlantic made a similar offer: "Due to the forecast weather conditions in South East England, customers booked to travel from London Heathrow on 12 January 2017 who prefer to rebook may do so, without penalty."
The Dutch airline, KLM, also said passengers booked between Heathrow and Amsterdam could re-book for other dates.
Aer Lingus has cancelled two round-trips between Dublin and Heathrow, while one Lufthansa rotation to Munich has also been grounded.
BA warned that flights to and from Gatwick and London City airports might also be affected. But easyJet, whose main base is Gatwick, said it intends to operate its flying programme on Thursday as scheduled".

Whether this weather actually happens remains to be seen. I've heard these stories before and all that's happened is a chill to the air and two inches of wet slush in and around London and the south east for the day. It doesn't take much weather to bring this country to it's knees.
Posted by Bob at 8:04 am No comments: 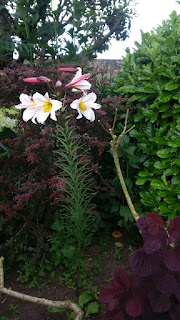 ‎I took this picture of a lily that I have growing in the east shrub border. Over the past couple of years I have been adding a few flowering plants in among the shrubs mainly to add some colour and interest but also as a nursery for young plants.
Sent from my BlackBerry 10 smartphone.
Posted by Bob at 7:47 pm 1 comment:

Yesterday I managed to get some hedge cutting taken care off, this in the walled garden by the garden house. 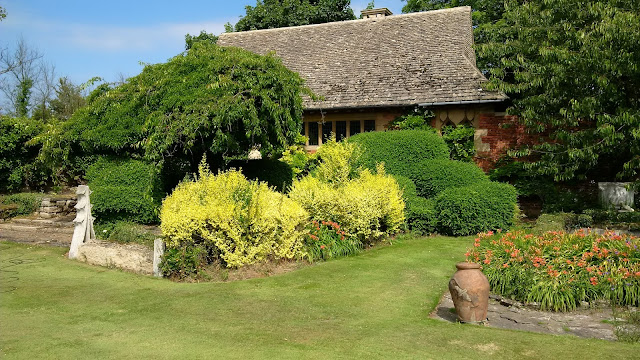 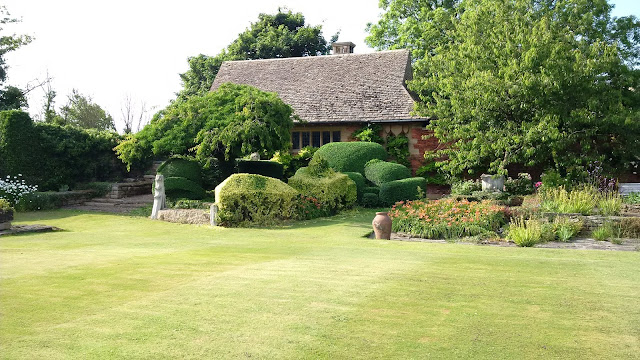 Unfortunately this is just about all I managed to get done as shortly afterwards the hedge cutter broke. 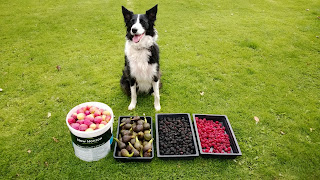 This afternoon me and Tess have been fruit picking. We have picked a bucket full of Plums, some Figs, Blackberries and Raspberries. The Plums are just starting to ripen as the Raspberries are coming to an end. I think we have had most of the Figs now too.

Well we have half an hour to go so I think I will finish the day bagging the rest of the Onions before delivering the produce to the hall. I'm not sure who will end up with it but that's not something I like to dwell on to much.

Sent from my Windows Phone
Posted by Bob at 3:52 pm 2 comments: 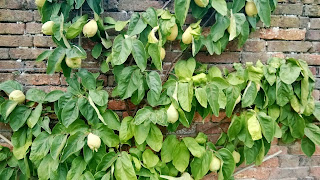 We planted this tree 4 years ago and its now starting to give a good crop of fruit. Now we just need to find something to do with them. Any ideas?

Sent from my Windows Phone
Posted by Bob at 4:18 pm 1 comment: 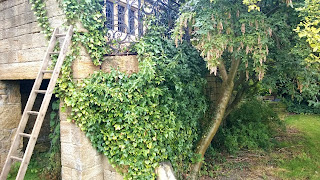 At the moment I am clearing Ivy from some railings. Its something I like to do every year but for some reason it got missed last year so its proving to be a bit more of a job than usual. Over the wall the farmer is harvesting Beans and I can see at least five Buzzards following the combine. I guess that they are looking for any dinner that is uncovered by the combine

Sent from my Windows Phone
Posted by Bob at 11:47 am No comments: 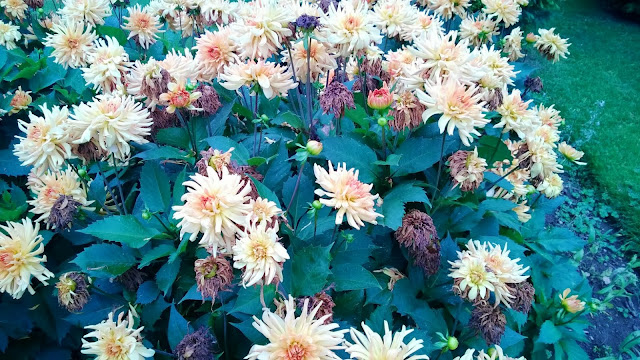 Even though the Summer is almost over its important to keep up with the dead heading, especially the Dahlias as these will carry on flowering a good few weeks yet provided there is no frost. Also it improves their overall display no end.

Sent from my Windows Phone

Off to Newby Hall.

Today we are off out for a day at Newby Hall and gardens. This is one of our favourite gardens to visit so I think it should be a good day if all goes well.

Newby Hall
'Designed by Sir Christopher Wren, with some of Britain’s finest Robert Adam interiors Newby Hall is home to a wonderful collection of Chippendale furniture, Gobelins tapestries and classical statuary. With 25 acres of award winning gardens including one of Europe’s largest double herbaceous borders, an enchanting woodland walk and a miniature railway, younger visitors will also enjoy the exciting adventure gardens.' 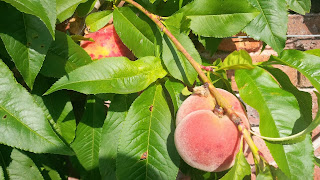 This year the one and only Peach tree looks like it's going to produce a few nice fruits. I must see if the boss will let me grow a few more.
Sent from my BlackBerry 10 smartphone.
Posted by Bob at 9:39 pm No comments:

Some Pictures From The Isle Of Wight.

A couple of weeks ago me and Vicki took a trip to the Isle Of Wight. The weather was very good and we had a great time, here are a few pictures from our trip. 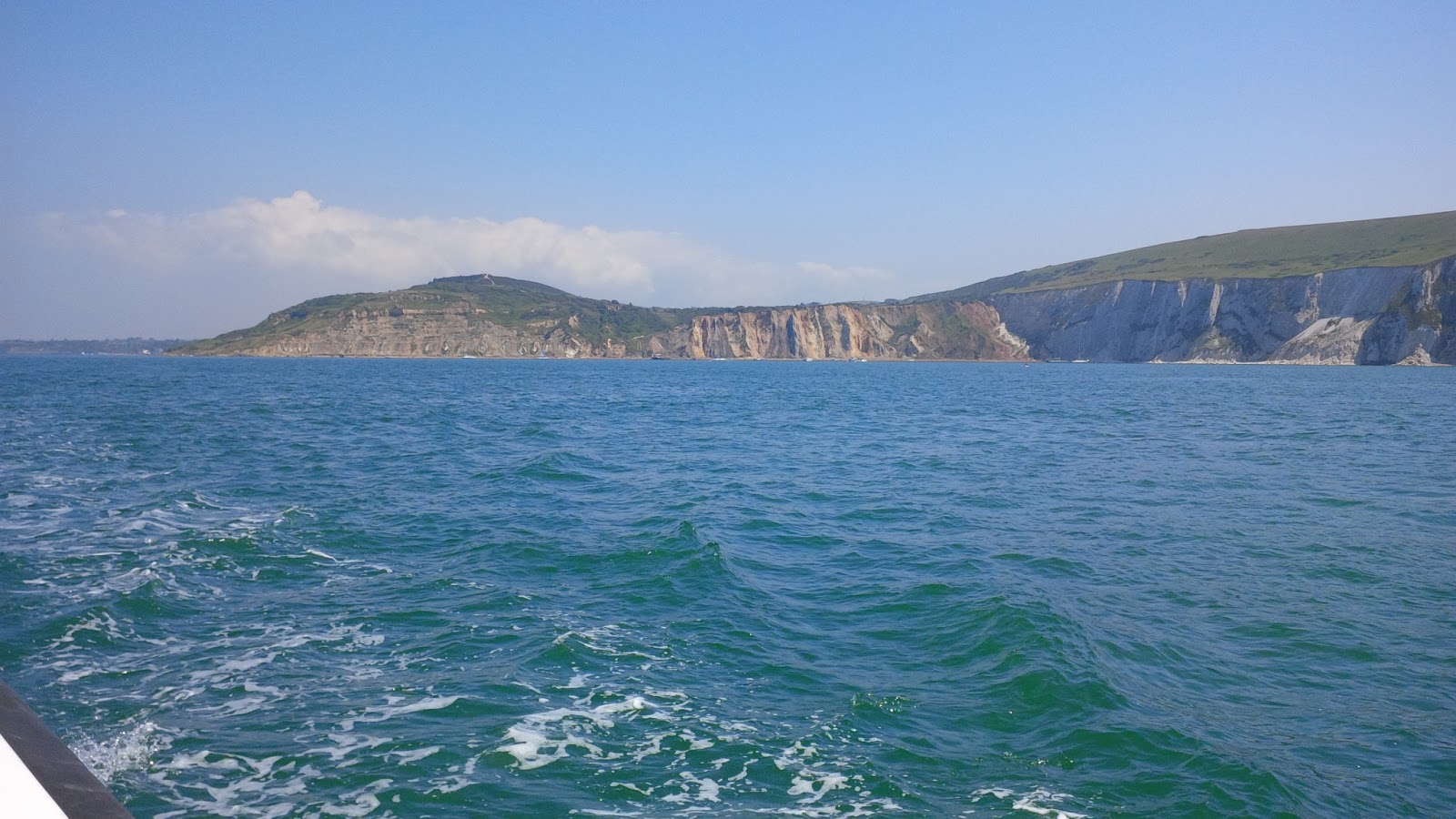 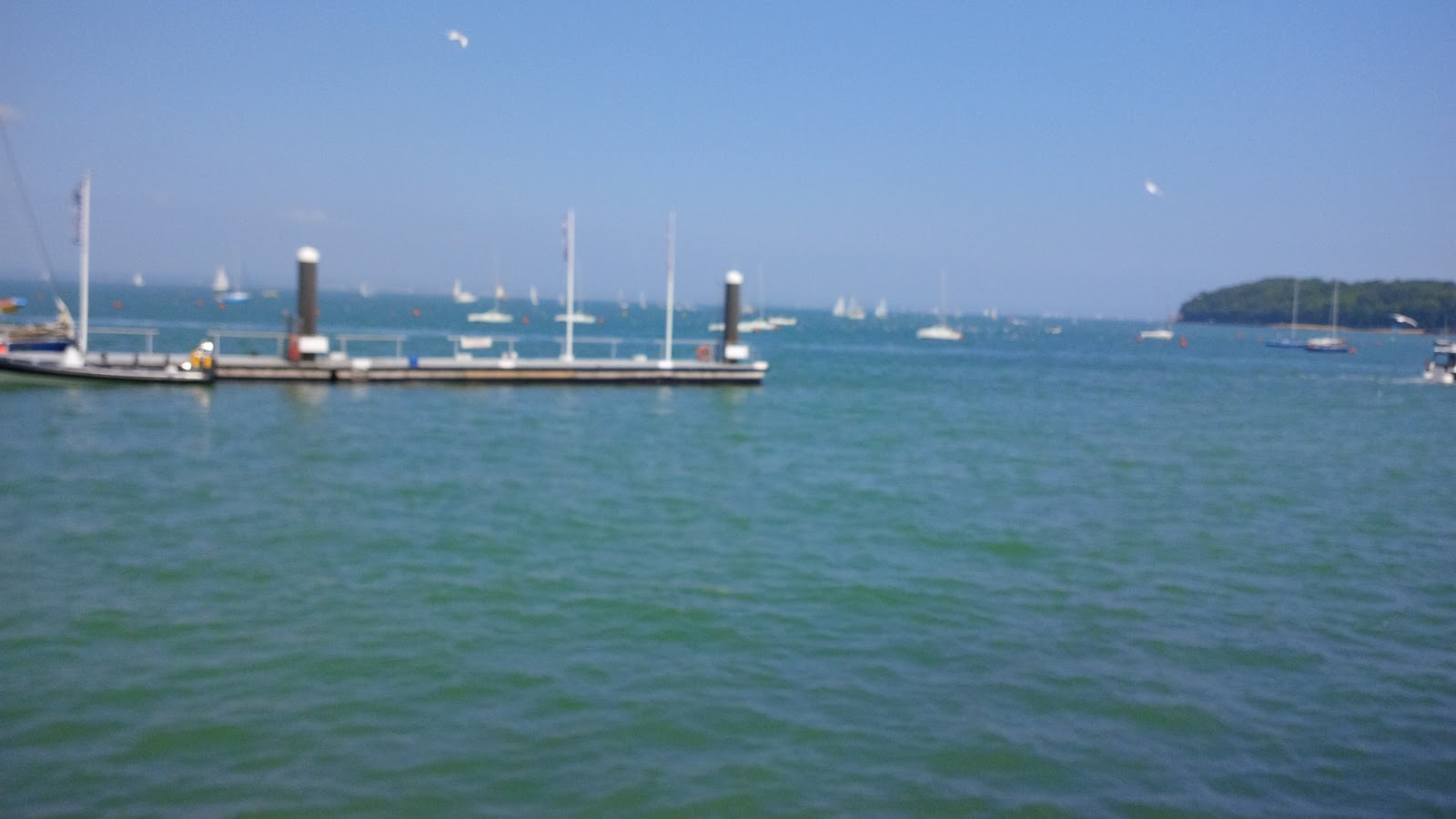 The sister ferry to the one we were on. The trip from Southampton took about an hour. 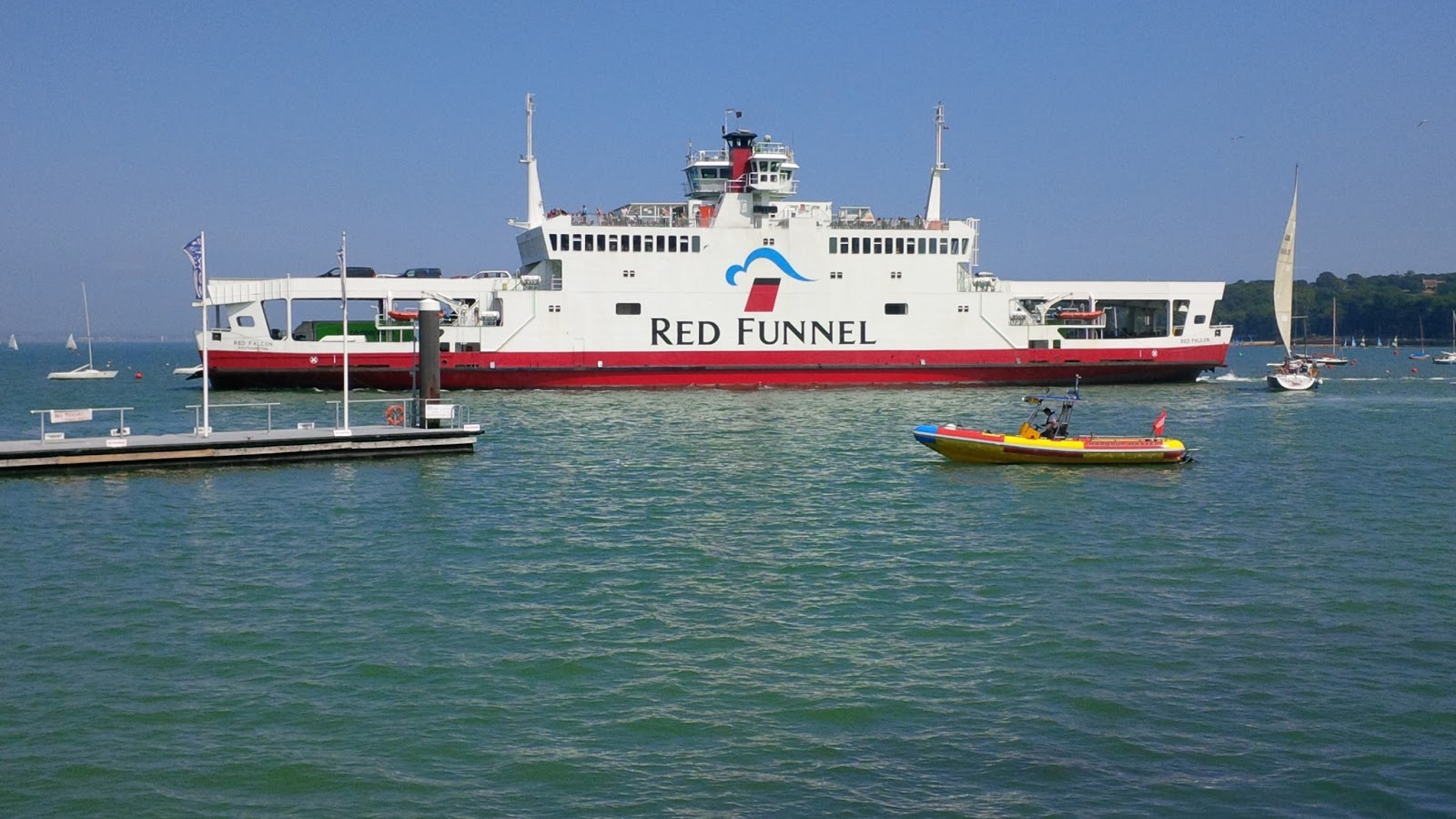 Some stocks that are in the Chine at Shanklin. I can think of a few people I would like to see fastened in them. 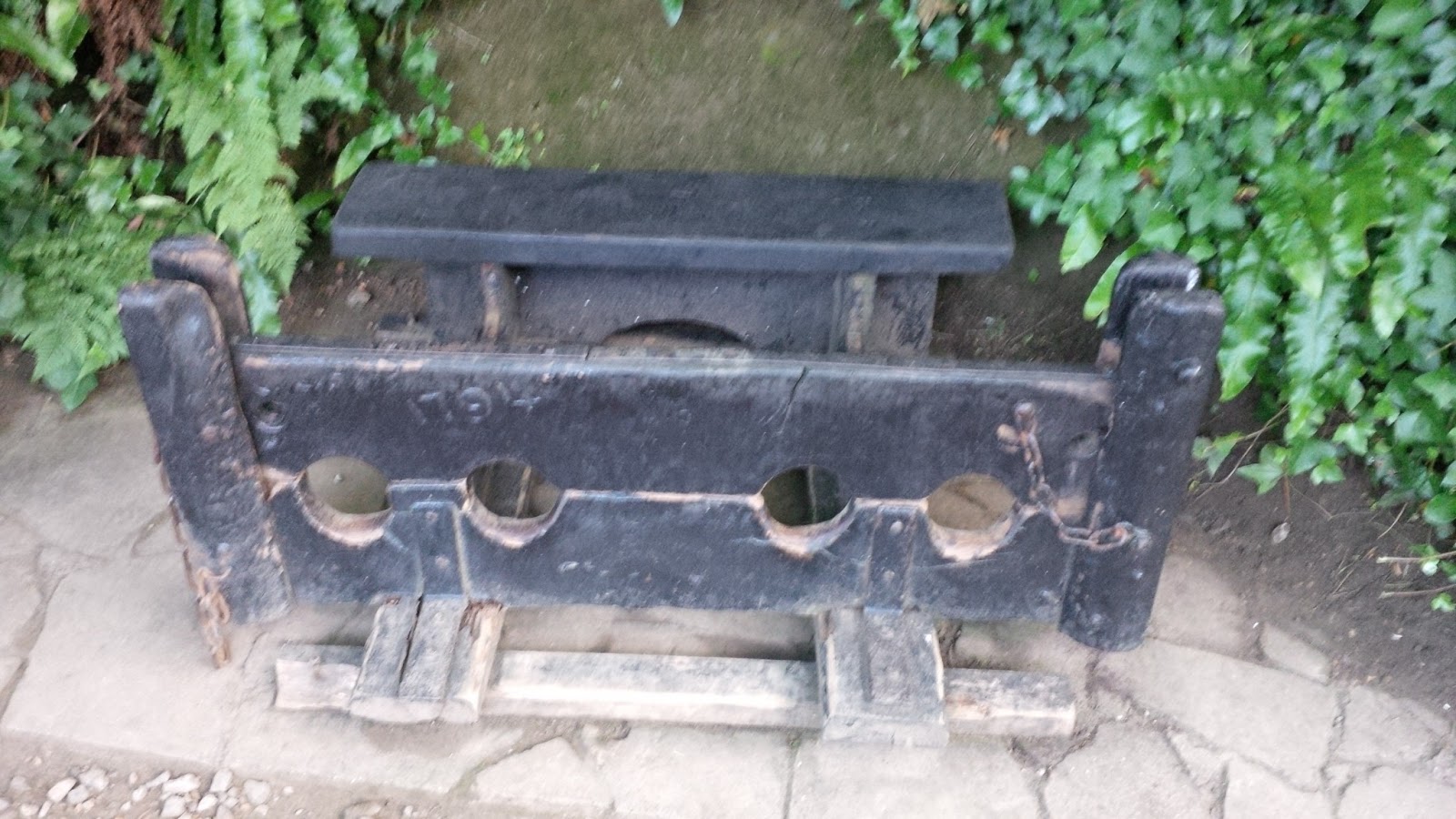 Bob
I have been a gardener since leaving school at the age of 15. I got my initial training as a trainee gardener working for the Duke of Devonshire at Chatsworth House. I have been working for the past 10 years as a single gardener on a small country estate. I pride myself on being honest, reliable and hard working. 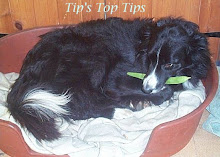